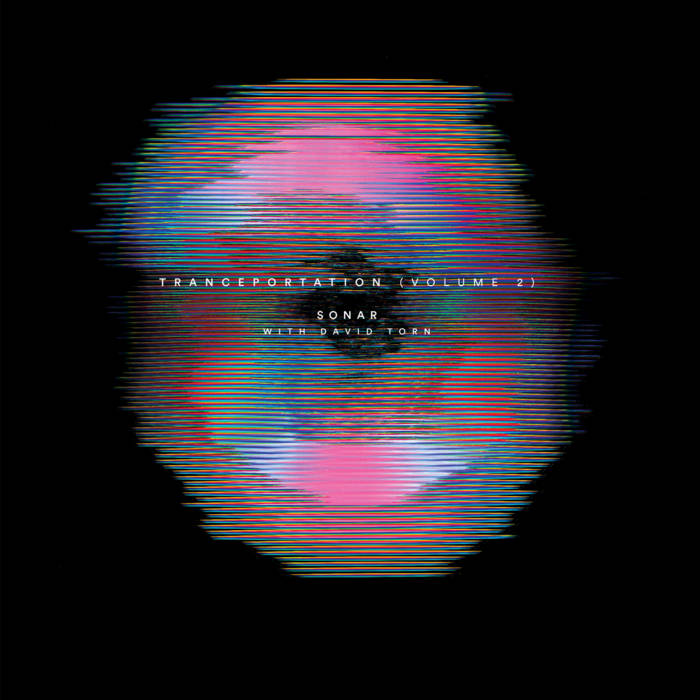 Jean-Maurice No favorite song, they are all great, as always. Sonar are in their best with this last opus. Vraiment excellent, comme d'habitude! Merci!

Tranceportation Volume 2 is the next destination in Sonar’s ongoing musical journey as the Swiss-based band celebrates 10 years of cutting-edge music-making.

Once again the quartet formed in 2010 have joined forces with internationally-respected experimental guitarist, David Torn, to deliver an album brimming with a sound that's marked by bold, resonant creativity.

The group’s polyrhythmic approach, utilising various elements of tension, release, space and dynamics rewrites the rules about what guitar-dominated music is capable of achieving.

Sonar’s founder, guitarist Stephan Thelen, whose work has been performed by the Kronos Quartet, brings forward a further instalment of compositions that seamlessly blend a pointillistic, metrical complexity with deep subterranean grooves that engage both the heart and the mind of the listener.

“Throughout my life, music has served as a means of transportation for me — something that can take one’s mind on a journey beyond the constraints of space and time and into beautiful, strange and unknown worlds,” says Thelen. “An intense way to experience this, and one I recommend for this album, is to find a comfortable chair and a good pair of headphones, close your eyes and go for the ride.”

Torn doesn’t hide his delight at working with Sonar, regarding his highly idiosyncratic live-looping and freewheeling, acerbic soloing as a kind of glue that strengthens the passion and energy within Sonar’s music. “99.9% of what I do is completely live with the band. Most of what I do isn’t soloing. It’s bringing in textural events that can sometimes go on for minutes. . . and then the solo voice becomes like almost like the cherry on top.”

Moving with the crisp metronomic precision that’s the cornerstone of the sonic architecture, textural waves and wild harmonic contrasts form a propulsive, urgent dialogue that’s constantly in motion and constantly evolving - much like Sonar itself.

Recorded in Bellmund, Switzerland during a marathon five-day session that yielded over 80 minutes worth of material. The first half of the recordings were released as Tranceportation Volume 1 in November 2019. Volume 2 completes that particular cycle in the band’s journey and is scheduled for May 2020.

“Had MC Escher made music instead of drawing impossible and perplexing perspectives, it would sound like Sonar”
Sid Smith

“The result is a compelling juxtaposition of Sonar’s disciplined approach and Torn’s unpredictability.”
Avant Music News

“Big, hard, heavy bass and drums laying down something . . .which sounds like modernistic - or maybe futuristic - robotic surf rock, over which Torm paints wide swathes of neon luminescence.”
All About Jazz

“All throughout Tranceportation Torn’s genius is often found in the ways he enhances Sonar, not dominate them.”
Something Else

Static Motion (2014) is without doubt a precision-based project. The compositions are like sculptures with every contour serving a purpose.
Anil Prasad

“As Sonar continues to evolve, so too, does its overall concept and musical philosophy - an enigmatic vision that truly sounds like nothing else out there.”
John Kelman

Produced by Sonar with David Torn.
Recorded „live in the studio“ April 29 – May 3, 2019, at Mazzivesound Studio in Bellmund, Switzerland (www.mazzivesound.ch).
Engineer: Chris Diggelmann

Edited & Mixed by Stephan Thelen between May and July 2019.

Mastered by Serge Christen at Mazzivesound.

Thanks to Sara and Serge Christen, Alexander Vatagin and Markus Reuter. Thanks to Kanton Zürich Fachstelle Kultur for financial support.