A Flaw of Nature 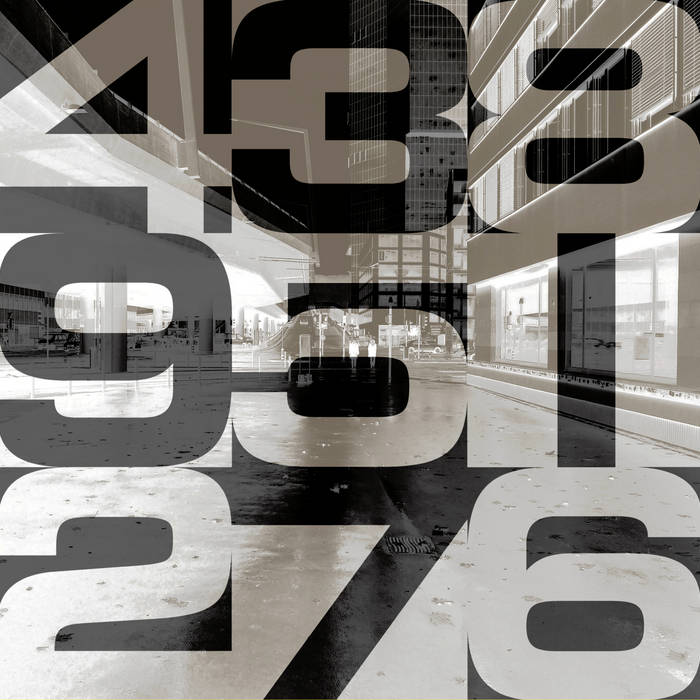 "The first memory I have is of the beach" says musician, composer and mathematician Stephan Thelen. When asked to time-travel back into his memory to see if he could recall the earliest sounds he heard when he was a child there was no hesitation in identifying the sound and the place. "I was born in Santa Rosa, California and grew up there. On Sundays we would always go to the beach at Bodega Bay. The gulls, the wind and the waves; just sitting there, listening to this beautiful sound. That's my first real conscious memory of listening to something. It wasn't strictly music, but in the wider scheme these things are important."

Important indeed when you consider that the music of SONAR is constructed in such a way that it suggests an ongoing process of ebb and flow, advance and retreat, of tension and release.

The waves detected in SONAR's music draw and pull upon our attention, their rhythmic undertow engaging both the heart and brain despite the deliberately restricted sonic palette. "It was a very conscious decision to limit ourselves to doing little things and to try and get as much as we could out from them" offers Thelen. "We also decided to almost completely abandon all our effects, delays and loop machines in order to concentrate more on the subtleties of our playing techniques and tone production."

With the guitars and bass tuned in tritones, there's a semi-dissonant, challenging quality to the constellations of plucked harmonics that chime in orbit around each other. They create interlocking, overlapping and polyrhythmic meters, reminiscent of the early minimalist microworlds of Steve Reich and the 80s-era gamelan-rock of King Crimson.

Anchored by Manuel Pasquinelli's crisp drumming, Christian Kuntner's bass meshes seamlessly with the guitars of Bernhard Wagner and Stephan Thelen. The music requires both discipline and stamina, as each member of the small chamber ensemble focuses upon his own individual time signature, whilst simultaneously ensuring that it all fits together.

SONAR's music often appears to occupy two different worlds at the same time. Despite the rigorous, metrical nature of these compositions, they conjure a curiously porous sound through which the emphasis of the beat passes baton-like from one musical runner to another, lithely crossing from the drums to the bass, or leaping between the guitars. Two worlds because alongside such movement is an illusory stillness and zen-like calm as patterns of time and space imperceptibly shift. "That's all intentional. For instance on Slow Shift, it's actually a five note sequence that every player plays at a different speed" explains Thelen. "You have the bass playing very slowly, the first guitar playing a little faster and the second one even faster than that. So, you have this sense of different times and structures going on. That's also the case in Tromsø, which we play slowly and then a bass riff comes in which is twice as fast. So you get this transition from a slow tempo without really knowing what happened."

In this context even tiny changes within the playing generate apparently sudden extremes in dynamics that very much embody Thelen's intentions when formulating the group. "If you want to do something with minimal music you have to find your variety somewhere else. Variations in time are a fantastic opportunity to produce little shifts that can be very exciting if you really concentrate on them."

Despite such a reductive approach, their sound-world is paradoxically expansive, creating a distinctive place where small incremental movements form into newer, subtle combinations for the listener to experience and explore.

Although the musicians have played in different line-ups, the recording of A FLAW OF NATURE is the first time this particular configuration has worked together. Laid down in just two days, the music was honed by a lot of pre-recording rehearsals first with just Wagner and Thelen, and then with the rest of the band. Having come up with the basic composition on paper, Thelen was more than happy to see each piece then worked on and developed in a series of workshop rehearsals, with each musician contributing to the nuances and subtleties of the original piece.

For example, as Thelen explains the jagged 'chord' occurring toward the end of Tromsø wasn't originally envisaged in the composition "Bernhard and I were playing with the tuning, just exploring. Some things work and others don't. The power chord thing was Bernhard's idea and that's actually a funny chord because in the SONAR tuning you can play six Cs in five different octaves at once. So it's not really a chord but one note sounded six times and that's why it sounds so powerful."

Though mathematical structures underpin much of Thelen's work he argues that for music to be successful, it has to be far more than a mere conceptual exercise. "There are many mathematical schemes you can use to make an interesting composition but that doesn't necessarily make it good music. For me, good music should be satisfying for the mind but of course it has to move you emotionally."

Happily, SONAR's music achieves both in a manner that firmly locates the group as a glisteningly brilliant node on the continuum of the Swiss minimalist scene alongside the pioneering work of saxophonist Don Li and the ritual groove of Nik Bärtsch's Ronin. In Switzerland a growing number of people are getting into this kind of music where the players intentionally concentrate on just a few musical elements and try to present them as clearly and as precisely as possible. Perhaps it's something in the air - at least here in Switzerland!

(Sid Smith is a freelance music writer and author of numerous sleeve notes. A regular contributor to Classic Rock Presents Prog, BBC Music and other publications, he is also the author of In The Court of King Crimson and Northstars. You can find out more at www.sidsmith.net)

Historically, Pythagoras is considered to be the first person who had the profound insight that – hidden behind the apparent variety and complexity of nature and the cosmos – there is a pattern and an order that can be expressed by remarkably simple mathematical ideas. He and his followers, the Pythagoreans, were known for saying „all things are numbers“ and essentially believed that our world is rational, i.e. that all important phenomena can be described by ratios of integers.

Their prime example was a connection they found between music and mathematics, famously carried out on a monochord. They discovered that intervals between notes can be expressed by ratios of integers: the smaller the numbers, the more beautiful and consonant the interval. The most pleasant sounding interval to their ears, a perfect octave, was produced when the ratio of the lengths of two vibrating strings was exactly 2:1. The next simplest ratios were 3:2 (a perfect fifth) and 4:3 (a perfect fourth).

But they were wrong. It soon became obvious that the relationship between numbers and nature was far more complex than they had hoped for and could not always be explained by simple integer ratios. It must have been quite a shock to them when they had to admit that even such a basic and fundamental ratio as the one between the diagonal and the side of a square (√2:1) was found to be irrational, i.e. not expressible as a ratio of integers - ironically, this can easily be proved using Pythagoras' own theorem. Another fact soon became apparent that surely didn't suit their cherished beliefs.: that perfect octaves and perfect fifths were not compatible, meaning that seven octaves and twelve fifths do not – as you would expect - produce exactly the same note. Even today, this fact (which led to the Pythagorean comma and equal temperament) is hard to accept and even could be considered a flaw of nature. Heaven might be a place where seven octaves and twelve fifths are the same note – but the real world we live in is a darker and irrational place where compromises and adjustments have to be made.

The tritone is a very interesting interval. In a usual harmonic context, it is considered to be the most dissonant interval and has even earned the nickname diabolus in musica. In 12-tone equal temperament, the tritone is exactly half an octave (which corresponds to the irrational ratio of √2:1, just like the ratio of the diagonal and the side of a square). In many analyses of the works of 20th century composers, the tritone plays an important structural role. Perhaps the most noted is the axis system, proposed by Ernö Lendvai in his fascinating and controversial analysis of the use of tonality in the music of Bela Bartok.

A very large proportion of SONAR's music is played using only the first four natural harmonics of the guitar and bass strings: first octave, fifth, second octave and major third. In this way, the perfect, rational harmonics of the major scale clash with the irrational ratios of the tritone tuning to produce a symmetric hexatonic scale C / C# / E /F# / G / A# (a mode of limited transposition in Messiaen's terminology resulting from the C major and F# major triads)), which gives SONAR its distinctive and instantly recognizable sound.

In spirit, SONAR is a very Pythagorean band. Numbers are everywhere in our music – not only in the tuning (an amalgam of rational and irrational worlds) and in the harmonic material, but also in our approach to odd metres and polyrhythms (another sonic representation of integer ratios). In the wake of Pythagoras, we also believe that a composition is most satisfying if – hidden behind the apparent variety of all the sounds and rhythms – there is a simple idea that organically generates this complexity.

Here is a short list (compiled by Sonar's main composer Stephan Thelen) with some of the key influences on their music:

I listened to this album on LP in a record shop in Zürich when it came out in 1974. Accidently but significantly, the slightly confused lady working at Musik Hug put on side 2 of the album. The music I then heard was definitely beyond anything that that young teenager could understand at the time, but it totally fascinated him and put a spell on him that has lasted up to this present day.

Glenn Branca's multiple electric guitar ensemble was a very strong influence on Sonar, not so much the actual music but Branca's ideas about sound and alternate tunings.

Mick Harris is a master of dark and spooky instrumental music of the ambient kind and this track is one of his best.

Bartok is probably my favorite classical composer. The books on his music written by Ernö Lendvai were very important for my musical education.

For me, Steve Reich is the most interesting minimalist. From him I learnt that the best compositions develop organically out of ONE single idea. The ideas that Steve Reich based his early pieces on are so good that he hardly had to write any music.

Nik lives very close to where I live in Zürich. In the first years of the new millenium, I became really interested in the minimal groove music of Don Li and the early Swiss minimal scene. The early phase of Nik's band Ronin (first a trio , then a quartet, then a quintet) was very radical and immensely interesting. His second album for ECM, Holon, is arguably his best and these two tracks stand out.